Sounds that your kids have probably never heard! Part 2 of 3

04 Jun Sounds that your kids have probably never heard! Part 2 of 3

Posted at 09:00h in Articles by Jessica Andrus 0 Comments
0 Likes 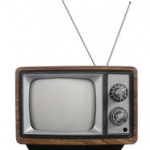 “Don’t touch that dial!” was a common phrase uttered by tv announcers. What they were referring to was the channel selector knobs found on TV sets. The standard TV dial went from 2 to 13, and you had to click on each number as you searched for a channel that broadcast to your neighborhood. This meant a lot of clunk clunk-ing interspersed with the static-y sound of “snow” on the blank stations.

Listen here to experience the sound!

Record changers allowed you to stack a selection of albums for your longer-term listening pleasure. Each record would make a soft slap sound as it dropped onto the turntable, a series of clicks followed as the remaining records adjusted into place and the tone arm swung over and lowered the needle into the outer grooves of the record. You’d hear the slightest scritch noise as the stylus settled just so into the vinyl and then (finally!) the music began.

Listen here for a sound clip!

Back in the days when all gas stations were full-service, the thin black pneumatic hose that snaked across the pavement was as familiar as the fuel pumps. When vehicles drove over the hose, a loud bell ding-dinged! inside the station, alerting the attendant that he had another customer.

Before infomercials were invented, television stations actually went off the air for a few hours each night. The format varied little from station to station across the country; first a few technical details were announced (broadcast frequency, physical address of the station, etc.), then a reading of “High Flight” followed by the National Anthem, and then the steady beeeeeeeeeeeeeep tone of the test pattern.