Part 3 of the Evolution of the Hearing Aid

05 Feb Part 3 of the Evolution of the Hearing Aid

Posted at 08:59h in Articles by Jessica Andrus 0 Comments
0 Likes 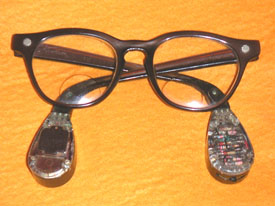 In Part 2 of this hearing aid history lesson, we watched as hearing aids started to use electrical current to amplify sounds. However, these devices were still large and bulky. In 1948, Bell Laboratories developed the transistor to replace vacuum tubes, which opened many new doors for hearing aid developers. Transistors were small enough to allow for the development of miniature microphones, small enough to be mounted on other items such as eyeglasses.

The transmitter era came to an end after the creation of the integrated circuit at Texas Instruments in 1958, and this technique was used in hearing aids over the next two decades.